Why Zika? It’s named after the Zika forest in Uganda where the virus was first isolated in a monkey by scientist performing routine survey of yellow fever (1947).

What is interesting is that in 2015 there was a release of a “sub-population” of genetically-modified Aedes mosquitoes in the same area in Brazil where the Zika outbreak occurred soon after. The GM mosquito release was meant to control dengue fever and other mosquito-borne diseases. The larvae were fed with cat food made from mass-produced chicken fed with antibiotic tetracycline which is now believed to repress the mosquitoes’ ability to self-destroy.

Has that GM Aedes mosquitoes population mutated to lead to Zika virus? Is this a case of human intervention in nature backfiring? We encourage you to do more research about the theories about Zika.

Editor’s Note: There have been several reports in the news that the Zika virus has produced birth defects namely in some women in Brazil. However, there were other cases in Brazil itself where pregnant women who had the Zika virus delivered their babies with no birth defects! So what’s different about the two groups of women? Some research articles suggest birth defects may be connected to the consumption of pesticide-laden crops.

Just keep in mind one thing: over the years when people were plagued with different viruses and bacteria, they may have caused ailments or sometimes deaths in extreme cases, but never birth defects!! For example, my own father had small pox during the Great Depression. It caused his face to be pitted and scarred where the pox marks were, and miraculously he did not die from it, but it did not cause any birth defects in any of his children!

Also, we wanted to add this interesting research article in this newsletter:

There is treatment for Zika virus by High dose Vitamin C:  Recent medical research reviewed that Zika can be cured.

Other articles about Zika:
Brazil Admits Birth Defects Not Caused by Zika
Aerial Spraying Not Effective Control for Zika
Possible Zika Threat Frauds
New Doubt on Zika as Cause of Microcephaly 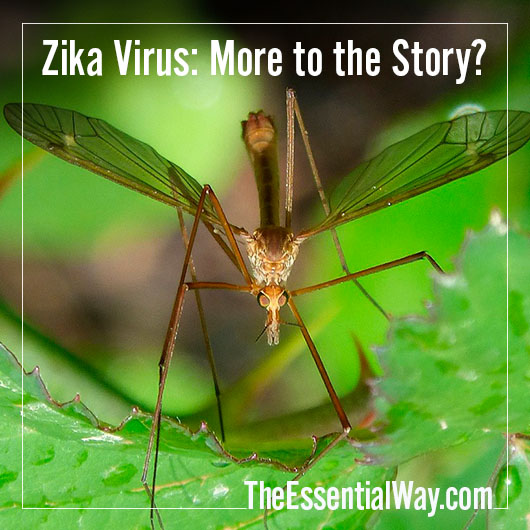 Jeanette Castelino home-educated her two children. Due to her own and her extended family members' health challenges in the past, she has embarked on a quest for natural health. She has been using Young Living essential oils and supplements for over 18 years and is passionate to share what she has learned with those who are interested in taking responsibility for their health. Read more about Jeanette »

Questions? We have answers.

How can I get great prices on EOs?

Visit the Launch Your Healthy Life page for more details.

Great question! Check out this post for more information.

Are essential oils safe for kids?

Yes! Just be safe… read this article to learn how to safely use oils with children.

That’s a big question! See some of our favorites here.